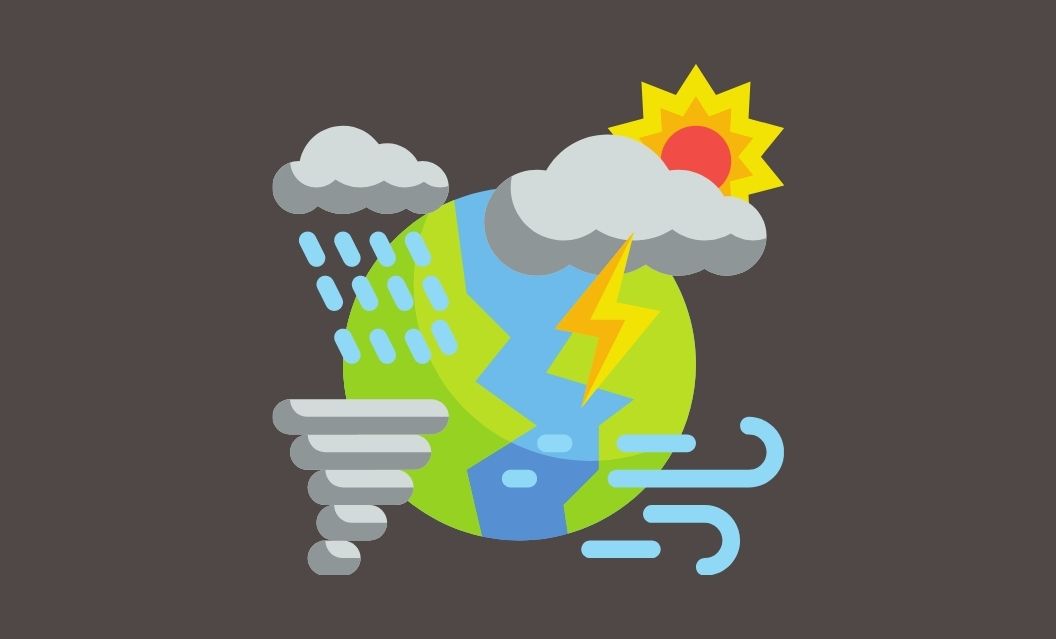 Weather Trivia and Facts That Will Come in Handy

The weather is something we notice every single day. We look outside the window before heading outside. We look at the weather apps on our mobile phones to check the temperature and the forecast for the day. But if you’ve ever been curious to dig a little deeper on some trivial weather facts, you’re in the right place. We’ll talk through some facts that you just may be quizzed on during your next online trivia game via Zoom, or virtual happy hour quiz. Ready? Let’s go!

What Exactly is a Hurricane?

You’ve probably seen the colorful swirls appear on weather maps in the tropical areas of the world, these are how hurricanes are depicted by the technology that powers the meteorological maps.  The technical definition of a hurricane is a tropical storm originating in the Atlantic ocean basin that has sustained winds of over 74 mph.

What’s the Difference Between a Hurricane, Typhoon and Cyclone?

Hurricanes, typhoons and cyclones are essentially the same thing but the categorization of the storm is dependent on where it occurs. Our chart below details the naming conventions.

What’s the Size of the Largest Recorded Hailstone That Fell in the United States?

An 8” hailstone that fell in South Dakota holds the record for the largest hailstone.

When is Needed for a Snow Storm to be Known as a Blizzard?

For a snow storm to be labeled as a blizzard it has to meet the following criteria for 3 or more hours:

What is Meant by a Lake Effect Snow Storm?

These storms occur in the areas surrounding the Great Lakes when winds pass over the lakes from north to south and pick up moisture in the air along the way. The moisture comes back down to the ground on the south side of the lakes in the form of snow, which can be incredibly heavy and debilitating for the communities.

What’s the Difference Between a Funnel Cloud and a Tornado?

A funnel cloud is swirling air that forms a tight column, it never touches the ground. A funnel cloud will often precede a tornado, when it touches down, it becomes a tornado.

How are Tornadoes Measured?

The strength of a tornado is measured on something known as an Enhanced Fujita Scale (or EF Scale). The numerical measurement is given based on the wind speed and damage that can be caused by the tornado.

What US State Gets the Most Annual Rainfall?

The tropical state of Hawaii receives an average of 63.7 inches of rain a year. In the Continental US, Louisiana holds the crown for receiving the most rain per year averaging about 50 inches per year.

The hottest temperature ever recorded is 134 degrees in Death Valley in 1913. However this temperature is disputed as scientists who have analyzed the weather and climate claim it’s impossible that the temperature could have gotten that high.

What’s the Difference Between Meteorology and Climatology?

Now that you’ve brushed up on random weather trivia facts, you may just be ready for your next virtual trivia night.  You can host a trivia game with a group of friends who are in a variety of locations by layering in a conference platform like Zoom or Skype to keep the crew connected.