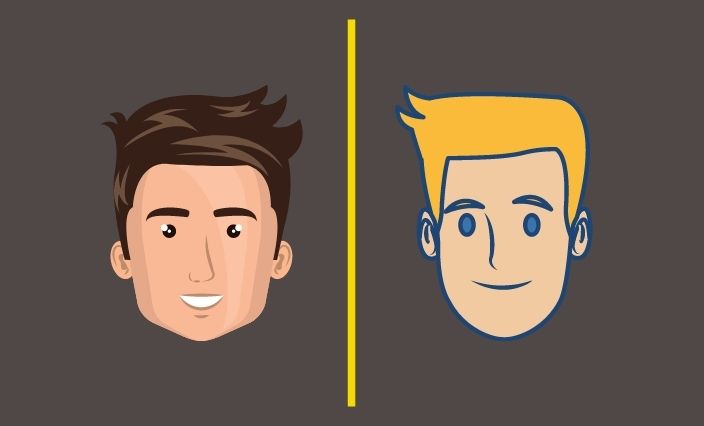 Tom Brady and Drew Brees are both thriving NFL quarterbacks battling for the crown of the all time touchdown passing leader. They’re both north of 40 years of age and have brought home the Lombardi trophy. While it’s tempting to do a round up of all their stats on the playing field, and see how they measure up against each other, the fact that they’re still playing and continually extending records makes it tough. So instead our infographic below will showcase some of the more trivial facts about each player.

How many years has Tom Brady played in the NFL?

How many years has Drew Brees played in the NFL?

How tall is Tom Brady?

How tall is Drew Brees?

University of Michigan, he took a mixture of courses including business and psychology and received a degree in General Studies. He earned the starting quarterback job his junior year.

Purdue University, while there he majored in industrial management. Purdue and Kentucky were the only 2 Division I schools to offer him a football scholarship. In his sophomore year he won the opportunity to start as quarterback for the Boilermakers.

When did Tom Brady get drafted into the NFL?

When did Drew Brees get drafted into the NFL?

How much was Tom Brady’s starting salary in the NFL?

How much was Drew Brees’ starting salary in the NFL?

What is Tom Brady’s jersey number?

What is Drew Brees’ jersey number?

Where did Tom Brady grow up?

Where did Drew Brees grow up?

What high school sports did Tom Brady participate in?

What high school sports did Drew Brees participate in?

Who is Tom Brady married to?

Gisele Bündchen, together they have 2 kids. Brady has a 3rd child with former girlfriend Bridget Moynahan.

Who is Drew Brees married to?

Brittany Brees whom he met while in college at Purdue University. Together they have 4 children.

What are trivial facts about Tom Brady?

He claims to go to bed early at 8:30pm, says he has never drank or even tried sipping coffee, and also has never eaten a strawberry.

What are trivial facts about Drew Brees?

He chose to wears #9 on his jersey because of baseball player Ted Williams. He co-authored a biography titled “Coming Back Stronger: Unleashing the Hidden Power of Adversity”. He has invested in restaurant franchises such as Jimmy John’s and Dunkin’ Donuts.