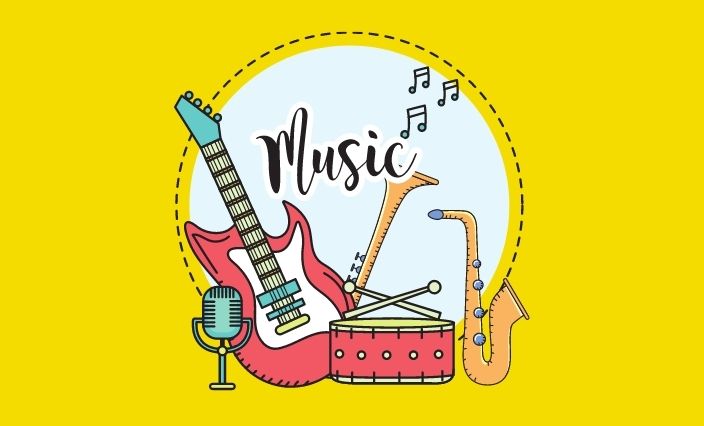 15 Random Music Trivia Questions To Keep You On Your Toes

Okay music fans, how well do you know your favorite artists, song lyrics and random facts? Get ready to be tested. Below are some random music trivia questions and answers we’ve compiled for you. They include facts on hit singles, soundtracks, best sellers and span a variety of genres from rock, to rap, and classical to R&B. How many of these music themed trivia questions will you get right?

Q: What is the best selling soundtrack of all time?

A: The Bodyguard. Released in 1992, sales were propelled by the Whitney Houston remake of I Will Always Love You. Houston belts out the notes showing her extreme vocal range and definitely differentiated the song from the original version which was sung by Dolly Parton.

Q: Who is the best selling solo artist of all time?

A: Elvis Presley holds the honor, (thank you, thank you very much) with over $1 Billion in sales worldwide. His achievement is even recognized by the Guinness Book of World Records.

Q: What artist had the best selling single of 2020?

A: The Weeknd won this award with his hit song, Blinding Lights, which earned over $21.7 million in sales. The song spent 66 weeks on the Billboard charts and hit the #1 spot on January 4, 2020. The Weeknd capped off a tremendous year with a well reviewed halftime performance in Superbowl LV.

A: Footloose, the 80’s classic film featuring Kevin Bacon showcases these songs in true 80’s style with lots of dancing and lip syncing. The soundtrack also features the Kenny Loggins song, Footloose, which is the first song on the album.

A: He was born in Germany during the Baroque Period

Q: What’s the name of the keyboard instrument very similar to a piano that creates notes by plucking strings with plectrums?

A: The harpsichord. The difference is the piano strikes strings with hammers.

Q: Which country artist created an album within the walls of Folsom Prison?

A: Johnny Cash recorded his 1968 album, Johnny Cash at Folsom Prison, as an empathetic act to entertain the inmates.  He followed it up with a second recording at San Quentin in 1969.

Q: What’s the name of the first CD to be pressed in the United States?

A: Born in the USA, by Bruce Springsteen.  It was manufactured in a facility operated by both CBS and Sony in Terre Haute, Indiana in September 1984.

Q: Name the song these lyrics are from:

The colors of the rainbow

So pretty in the sky

Are also on the faces

Of people going by

I see friends shaking hands, saying, "How do you do?"

They're really saying, "I love you"

A: What a Wonderful World, by Louis Armstrong

A: James, he was named after his father, but always went by his middle name, Paul.

Q: Classic rock band, The Doors, named their band after being inspired by an Aldus Huxley book, can you name the title of the book?

A: The Doors of Perception, which is a book the author published in 1954 while under the influence of a psychedelic drug called, Mesaline.

Q: What R&B group of the 1990s had harmonious hits with songs including, It’s So Hard to Say Goodbye to Yesterday, and End of the Road?

A: Boys II Men, also known as B2M, which was founded by members in Philadelphia, Pennsylvania.

Q: What country music star worked at McDonalds as well as at her father’s reforestation business when she was growing up?

A: Shania Twain. She says her time under the golden arches taught her the importance of customer service. While her time in the outdoors provided her inspiration to write some songs after a day of rugged work.

A: Harry Connick Jr, and Jill Goodacre were married in 1994 and have 3 children together.

How did you fare on this random music quiz? If you answered more than seven correctly, you did quite well!  If you’d like to continue the fun, check out our music themed trivia games. This one contains trivia on music from the 90’s, and this game has trivia questions from 80's music.