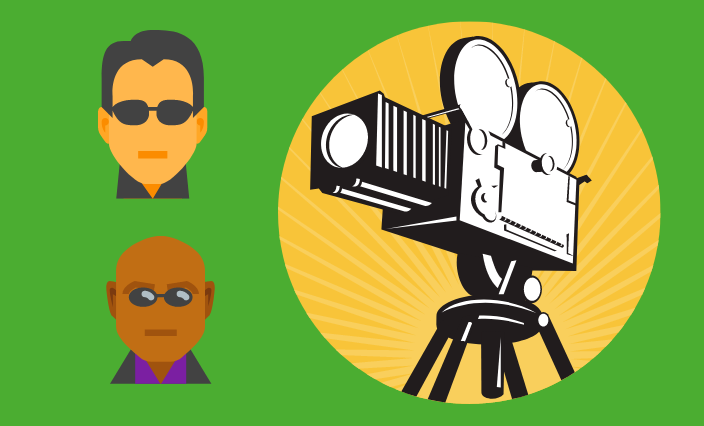 In 1994, Quentin Tarantino’s script for Pulp Fiction was brought to life on the big screen. Tarantino was on the heels of his successful movie, Reservoir Dogs, which came out in 1992.  So while Hollywood was already exposed to his edgy style of writing and directing, nobody was quite sure what to expect with his latest release.  At the 1994 Cannes film festival, Pulp Fiction was met with great acclaim and it took home the coveted Palme D'Or Award.  You may have very well already known some of these movia trivia facts, but do you know the answers to the trivia questions below? Take a gander and see just how much trivia you know about Pulp Fiction.

Q: Which of the following actors did not have a role in Pulp Fiction?

A: George Clooney was not in Pulp Fiction, but he did have a role in another of Tarantino’s films, From Dusk till Dawn.

Q: What is the year, make and model of the classic car driven by John Travolta’s character, Vincent Vega, in the film?

A: 1964 Chevelle Malibu, it actually belonged to Tarantino, and was stolen during production. In 2013 Tarantino was fortunate enough to get it back when it was found by the police.

Q: What’s the name of the diner where the robbery scene took place?

Q: What is the three digit number that was used to open the lock on the briefcase?

Q: What is the name of the character portrayed by Samuel L. Jackson?

Q: Which actor was added to the cast and resulted in the film’s production costs increasing from $6 Million to $8 Million?

Q: What was Jules Winnfield’s reply when asked what a Quarter Pounder with Cheese is known as in France?

A: Royale with Cheese

Q: Which Bible verse does Jules Winnfield quote in a monolog?

Q: Which classic Chuck Berry song is played in the dance off scene?

A: You Can Never Tell

Q: Which song on the Pulp Fiction soundtrack are these lyrics from?

I love you so much, can't count all the ways

I've died for you girl and all they can say is

"He's not your kind"

They never get tired of putting me down

A: Girl, You’ll Be A Woman Soon - by Urge Overkill

A: Best Screenplay. The movie was nominated for other Academy Awards including Best Actor and Best Supporting Actress

Q: What Academy Award was Uma Thurman nominated for in Pulp Fiction?

Q: Which college adorned the t-shirt worn by Vincent Vega?

Q: How many "F-Bombs" were dropped by characters in Pulp Fiction?

A: The F word was used 265 times, which is one of the reasons it garnered the R rating.

Q: Which two board games were used in scenes of Pulp Fiction?

A: Operation and The Game of Life.

Q: What format did Quentin Tarintino use to write the screenplay for the movie?

A: Tarantino opted to go old school and wrote the screenplay for Pulp Fiction in notebooks. He filled up several of them by the time he was done writing.

Q: Which commedienne tried out for the role of Jody, which ultimately was awarded to Rosanna Arquette?

Q: What phrase was inscribed on the infamous wallet?

A: Bad Mother F****r  (references to this definitely counted toward one of the 265 "F-Bombs" from the movie.

How’d you do on the Pulp Fiction quiz? If you got over 15 of the trivia questions correct, you did pretty well. Hey the movie is 27 years old, frankly anything over 10 correct questions is solid performance and respectable in the world of trivia.  If you liked these types of movie quizzes, be sure and check out our related content on: