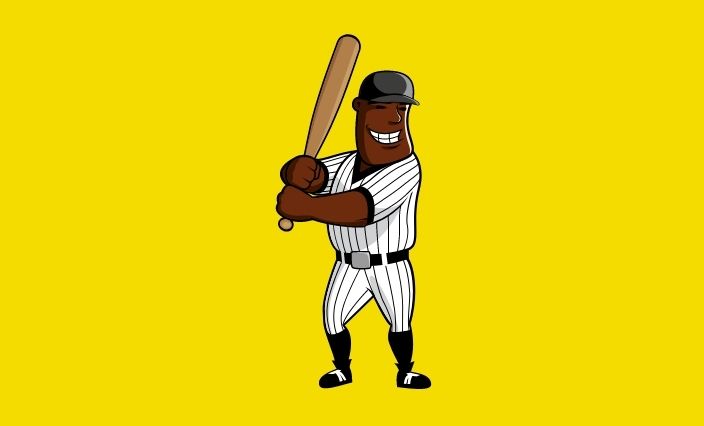 The sport of baseball is a fan favorite and often referred to as America’s pastime.  In 2020 there were 30 teams playing in Major League Baseball. Twenty nine of the teams are based in the United States and Canada is home to one team, the Toronto Blue Jays.  The Coronavirus pandemic cut the 2020 baseball season short due to safety concerns.  The teams played 60 games instead of the standard 162 game regular season. The season culminated with the World Series in which the Los Angeles Dodgers defeated the Tampa Bay Rays in 6 games.   Because the season was abbreviated and it’s still months away from opening day 2021, we thought it was a perfect time for a mid-winter baseball trivia quiz.

Who created the game of baseball?

Abner Doubldeay is often given credit for creating the game in 1839, but this is widely disputed amongst sports historians.  There were variations of the game being played prior to that date. NPR has a thorough blog post explaining the discrepancy. The sport of baseball didn’t draw much interest from fans until gamblers started to place bets on the games.

When was the first official baseball game?

The first official baseball game took place on June 19, 1846.  The two teams playing were the New York Nine and the Knickerbockers. The New York Nine won the game 23-1, in a four inning game.

The answer to this question depends on how you measure the game...by number of innings or length of time.

Innings: If you’re measuring the length of the game by the number of innings, the answer is 26 innings. The 26 inning game took place on May 1, 1920 in a match between the Brooklyn Robins and the Boston Braves. After 26 innings the game was tied at 1-1 and that’s how it ended. It became too dark to continue playing.

Time: If you’re measuring the length of the game by the duration of time, the answer is 8 hours and 6 minutes. The Chicago White Sox edged out the Milwaukee Brewers in a 7-6 game, which was so long it had to played over two days, May 8-9 1984.

What’s the oldest baseball stadium in the Major Leagues?

Fenway Park, home to the Boston Red Sox, opened in 1912 and holds the honor as being the oldest stadium in use by a Major League team. It’s even on the National Register of Historic Places. The intimidatingly high wall in left field is known as “The Green Monster”.

How many innings in a baseball game?

Each game has nine innings. Each inning allows both teams an opportunity to be at bat, and it’s during this time when they have an opportunity to score runs. The visiting team is always first to bat. They can accumulate three outs before having to give the home team their opportunity at bat.

What’s a perfect game in baseball?

If a pitcher doesn’t allow a player on the opposing team to get on base, and pitches all 9 innings, it’s considered a perfect game.  A perfect game is also known as a no-hitter.

How many perfect games have there been in the history of Major League Baseball?

There have been only 23 perfect games in the modern era of baseball.  It’s a rare achievement for a pitcher to have a game with no hits, no walks and no errors.

How long does a baseball game last?

There is no time limit associated with a baseball game.  In 2019 the average length of all baseball games played was 3 hours, 5 minutes, 35 seconds.

What Major League Baseball stadium has the largest capacity?

What Major League Baseball stadium has the smallest capacity?

Opening day is scheduled for April 1, 2021, of course this could change depending on how the COVID-19 pandemic impacts the population.

What team has won the World Series the most times?

The New York Yankees have won the World Series a total of 27 times. The next closest team is the St. Louis Cardinals who have won 11 World Series Championships.

Which teams have never won a World Series?

There have been six teams that have never won a world series, they are:

What were the most runs scored in a MLB game?

The most runs scored by one team in a modern era Major League game is 30.  The feat was achieved by the Texas Rangers who scored 30 runs on the Baltimore Orioles on August 22, 2007.

What teams are the newest baseball franchises in the MLB?

Tampa Bay Rays and the Arizona Diamondbacks both joined the league in March 1995.