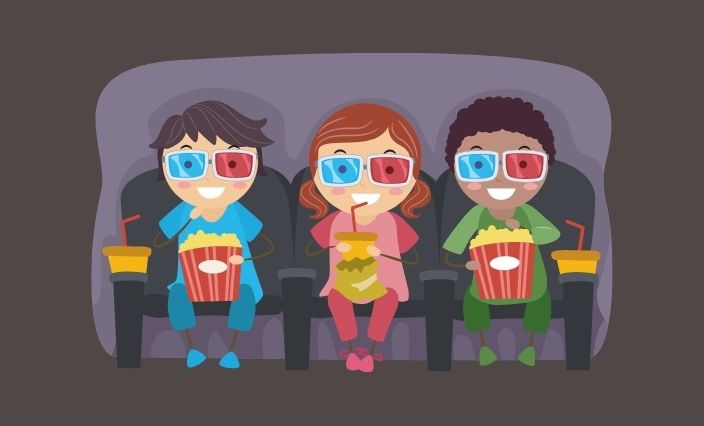 Animated movies started off as a form of entertainment to appeal to children, but they’ve evolved to meet the demands of adults too. Many cartoon films are now created with adults in mind as the target audience. Others will cater to both adults and children by having basic plotlines and weaving in subtle jokes and references that adults will enjoy.  From G ratings to R and beyond, they span the spectrum.  Test your movie trivia knowledge of cartoons and animated films with our trivia questions and answers found below.  Perhaps you’ll ace the quiz, or you may learn some things along the way. Enjoy!

#1 What was the first animated movie ever produced?

Humorous Phases of Funny Faces is generally credited as the first animated movie. It was released in 1906 and was directed by James Stuart Blackton.

#3 What was the first animated movie in the Disney film franchise?

Snow White and the Seven Dwarfs. It was released in 1937 and was based on the fairy tale by the Brothers Grimm.

#4 What was the highest grossing animated movie of all time?

#5 What was the first R rated animated movie?

The Nine Lives Of Fritz The Cat was the first to receive an R rating.  With a plotline that centers around a sexually active cat who enjoys drugs it seems fitting. Its prequel, Fritz the Cat, which came out in 1972 was the first animated film to receive an X rating.  Probably best to shield the kiddos from these films.

#6 What film produced by Pixar was the first fully computer animated feature film?

Toy Story, which came out in 1995, wowed viewers with an entirely new form of graphics. Since then Pixar has gone on to release a multitude of other highly successful movies including The Incredibles, Ratatouille, and Finding Nemo.

#7 Who played the voice of Nemo, in finding Nemo?

Alexander Gould is the original voice behind Nemo.

#8 Name the first animated film in the Spider-Man franchise of movies?

Spider-Man: Into the Spider-Verse which was released in 2018 is computer animated and features the Marvel Comics character, Miles Morales.

#9 The Piston Cup Racing Series is a focal point of the plot of which animated movie series?

Cars, which was released in 2006 by Pixar Animation Studios.

#11 What computer animated film centers around a character tying balloons to his house?

Up, which was released in 2009, features the main character Carl Fredricksen, tying thousands of balloons to his house in an effort to fly in the sky and see South America.

#12 What stop motion animated film can trace its roots back to the Wallace and Gromit franchise?

Shaun the Sheep Movie, which was released in 2015, was based on a eponymous television series, and the series was based off of a Wallet and Grommit film titled, A Close Shave.

If you enjoyed these trivia questions you may enjoy some of our movie trivia games like this one covering general movie trivia, or this game which is full of horror movie trivia questions. Our trivia games are designed to be played virtually by using Zoom or similar platforms to connect with friends across different locations. Or if you have a group of trivia fans in the same house, the games work great in that scenario too. Just designate a quizmaster and have fun.